Search Our Site
Or go back to browsing 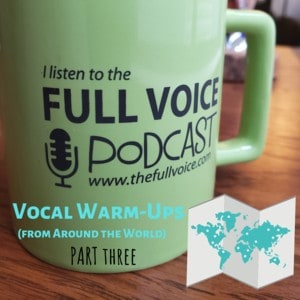 67 | Vocal Warm-Ups from Around the World (Part Three)

We continue the journey around the world talking to professional voice teachers about their favorite vocal warm-ups and technical exercises. This podcast features Elizabeth Rotoff (Winnipeg, Canada), Jerry Elsbernd (Minnesota, United States) and Nicole Casey (from the United Kingdom but interviewing from Spain!)

If you were looking for new and effective exercises to challenge and inspire your students - You are in the right place. This episode talks about using resistance bands, exploring onset, a naughty tongue twister (teehee) and more.

Elizabeth Rotoff https://www.thefitsinger.com/
10 Ways to Use Resistance Bands (Free Video!) http://bit.ly/2EO3eCI
Elizabeth Rotoff's singing career has had her perform across Canada and in England in opera, musical theatre and recital. She now focuses her attention on teaching voice. Her current students span ages 5 to 75. In addition to her love of teaching voice, Elizabeth has a strong passion for helping singers optimize their instruments for perfomance in singing as a certified personal trainer and nutrition coach and founder of The Fit Singer. Elizabeth has taken her expertise as voice teacher and health coach to be part of the faculty of Resonanz Opera, a Young Artistsâ€™ Program in Ohio, as well as having been a presenter at the NATS National Conference in Chicago. Future speaking engagements include NATS Manitoba Vocal Wellness Day and the Canadian Federation of Music Teachers' Associations (CFMTA) National Convention. In her spare time she loves to train for triathlons and has found them to help her musical performance immensely.

Favorite Exercises:
I love doing physical warm ups with my students. I use all sorts of props such as exercise balls, bosu, foam rollers, lacrosse balls and even dumb bells, but my favourite, and my students favourite is the resistance band. I love how these can be incorporated not just into physical strength training exercises, but also to aid vocalizing. I use it in a number of ways to engage the core muscle needed for breath management. Some ways I use them in warm ups are holding behind the back vertically and doing slides. Held in front at waist level horizontally in scales, or for the youngest playing tug of war as they sing.

Jerry Elsbernd https://elsberndvoicestudio.mymusicstaff.com
Download Jerryâ€™s pdf about his exercises.
Originally from Bismarck, North Dakota, Jerry Elsbernd now resides in Shorewood, MN (a western suburb of Minneapolis), where he enjoys a thriving career as a full-time teacher of singing in his independent voice studio. He also teaches two mornings a week at an area high school where students are allowed out of their choir rehearsals for private lessons. A former adjunct voice professor at Concordia University St. Paul and the University of North Western St. Paul, he is a frequent contest adjudicator and master class presenter in the Twin Cities metro area. His professional singing experience includes being a member and frequently featured tenor soloist with The Dale Warland Singers and the Santa Fe Desert Chorale, a co-executive producer and member of the national touring tight harmony vocal group Three Hits and a Miss, and as featured soloist in numerous regional oratorio, operetta and concert productions of a variety of styles from classical to Broadway and jazz. Jerry directs the Senior Choir at Mt. Olivet Lutheran Church West Campus in Victoria, MN, and is an active member of the National Association of Teachers of Singing (NATS), serving as the MN Chapter Treasurer and executive committee member since 2014, as presenter at the National Conference (2012) on the topic of collaboration between the singing voice studio and speech therapist's office, and as adjudicator and committee member at the state, regional and national levels of the Student Auditions. He is also currently serving the MN Chapter as a mentor teacher. Jerry works primarily with students aged 15 and up, and his high school students frequently gain acceptance into the top elite voice and music theater programs in the country. Several former students have gone on to thriving careers in singing, including gold and platinum achieving pop artists and roles in on and off broadway productions.

1. ONSETS: This exercise, which ensures a clean "onset" or timing of the initial airflow with the simultaneous closure/start of vibration of the vocal folds helps set the instrument up for success with efficient sound while minimizing the caustic effect of harsh glottal "attacks" and avoiding under-energized or overly breathy tone. Once established with clean onsets of i; e ; a; o ; u (closed vowel to open and back to closed/rounded), we can then extend into a sort of modified multi-vowel messa di voce (< >) legato exercise using the same order of vowels on i-e-a-o-u, using the overtones that blossom as we crescendo to the ah (open) to facilitate/manage the descrescendo back to u (closed/rounded).

2. BIDDY BIDDY BEE: This exercise is great to get things going efficiently, especially with students who like to add pressure as they ascend in pitch. With each ascent, there is an immediate descent, which encourages a consistent flow of breath rather than a build-up of pressure, and the top note glides immediately down the scale: Bid-dy-bid-dy bee; bid-dy-bid-dy bee; bid-dy-bid-dy-bid-dy-bid-dy bee (pattern 1-1-1-1 3; 2-2-2-2 4; 5-5-4-4-3-3-2-2-1). Once established, this one can be modified to aid in several things as well: Change the "bee" to "bay" or "bah" or "boh", or progress through a full repeat of the pattern, starting with bee, then to bay, then to bah on one breath... or repeat it as many times as you can to see how little air is really needed...or to do dynamic work that can be an introduction to the skills needed for a true single vowel messa di voce (< to the top; > back down the scale). I also like the resonance that is aided by the half-voiced B and D consonants throughout.

Nicole Casey www.nicolecaseymusic.mymusicstaff.com
Trained as a classical singer at the Royal College of Music in London and went on to have a performing career covering opera, classical, musical theatre, jazz and contemporary music. Now predominantly a vocal coach, singing teacher and piano teacher with students from age 5 up to professional vocalists. Based in the U.K. but once a month, travels from England to Spain to give private lessons, coaching sessions and workshops.  Iâ€™m a great advocate of encouraging anyone to sing - regardless of age, ability or talent. For my young students, fun with music comes first!

Favorite exercise:
Lips, teeth, tip of the tongue on a descending one octave major scale. I like this for connecting the tongue action with the lower abdominal muscles on the first note and then for working on forward placement going through from head to mixed to chest voice.

My students favourite:
Sister Susie (with the melody from from Paul Knightâ€™s vocal warm-up book)
I took a poll among my students and this was the resounding winner... probably because of the risk of swearing at their teacher as they get their mouths around â€˜she sits and shines, she shines and sitsâ€™.
available on Amazon 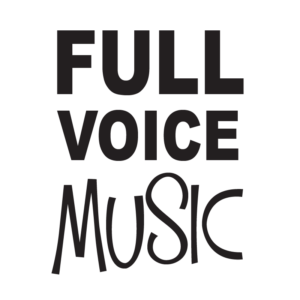 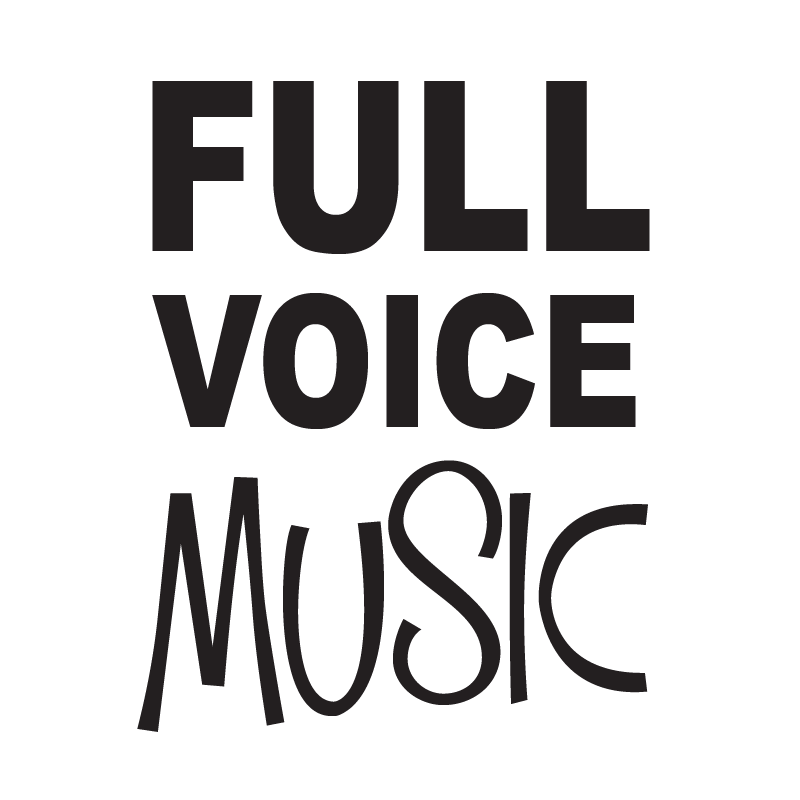 Manage Cookie Consent
To provide the best experiences, we use technologies like cookies to store and/or access device information. Consenting to these technologies will allow us to process data such as browsing behavior or unique IDs on this site. Not consenting or withdrawing consent, may adversely affect certain features and functions.
Manage options Manage services Manage vendors Read more about these purposes
View preferences
{title} {title} {title}

Manage Cookie Consent
To provide the best experiences, we use technologies like cookies to store and/or access device information. Consenting to these technologies will allow us to process data such as browsing behavior or unique IDs on this site. Not consenting or withdrawing consent, may adversely affect certain features and functions.
Manage options Manage services Manage vendors Read more about these purposes
View preferences
{title} {title} {title}

Please wait while you are redirected to the right page...